Today's WEGO prompt: Write about a time that someone said something to you that they wished they could take back. Did you forgive them? Why or why not? 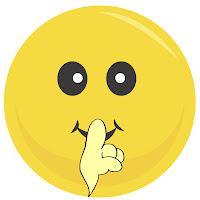 Shortly after I was diagnosed, a man that I've known for years responded to my recent diagnosis by saying, "We're watching our weight so we don't get it [diabetes]."  I was stunned and couldn't respond.  Did he just call me fat?  Yes, I admit that I'm a little overweight, but not fat or obese.  Definitely not a weight that would warrant diabetes.  Did he apologize? No, but I don't think he realized that he said anything wrong.  I never let on that he hurt my feelings.

I've forgiven him in my heart and I'm pleasant any time I see him, but I do admit that his comment still stings a little.  I don't think I'll ever tell him.

Although I'm not mad at him about the comment, I remember it not out of bitterness, but to educated others about things not to say.  Even if I was obese, that isn't something to say to someone with diabetes.  It basically blames the person for their condition.  No one did this to him/herself and no one deserves any chronic condition.